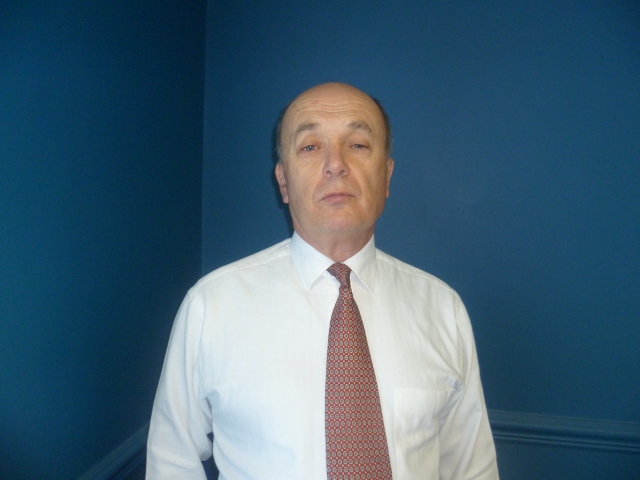 I have over 40 year’s experience of being a surveyor, mainly in the Yorkshire region, but also operating for a short time out of London, and have carried out valuations as far afield as Anglesey, Guernsey, Isle of Wight, Kent and close to Fort William in Scotland.

I started life as a trainee valuer in the District Valuers & Valuation Office, now known as The Valuation Office in Wakefield as a cadet valuer training by way of distance learning and qualifying by passing the RICS final exams in 1973 and being accepted as MRICS in mid 1974. I continued to work within the Valuation Office until late 1987, mainly undertaken valuation work for central Government and Local Authorities, including taxation matters and upkeep of the Valuation List. As I progressed up to the level of Senior Valuer, I also undertook a spell of work in North London on detached duty.

In 1987 I transferred to private practice working for a short period for Vickers Orriss in Wakefield, setting up their professional department to deal with loan security valuations on both residential and commercial properties and also dealing with Landlord and Tenant matters and Rating valuations.

In 1990 I joined Weatherall Green & Smith (now Sanderson Weatherall) and gained a broad based General Practice experience, initially within the Insolvency Department. I progressed to Executive Director responsible for the General Agency Department dealing with private client / pension fund requirements, especially in relation to Landlord and Tenant work, together with agency sales relating to development land and properties with development potential for refurbishment, change of use, etc.

In 2004 I joined Hunters Commercial as a Partner to again deal with commercial property matters and dealing with investments, sale of businesses and various development sales and appraisals.

I subsequently joined Fox Lloyd Jones, a niche commercial practice in Leeds, prior to setting up my own practice, Malcolm Stuart Property Consultants LLP in April 2010. This again is a niche practice, specialising solely in commercial property and development land, advising on Landlord and Tenant matters, agency sales and acquisitions, redevelopment projects and investments.

We have developed a specialism in providing Independent Expert advice on behalf of solicitors, professional advisors and other bodies involved in negligence claims and marital disputes.

We advised a good number of Landlords in the convenience store / supermarket field in connection with these developments, the sale of existing businesses and a variety of rent reviews and lease renewals in this field, many of which have progressed to third party determinations.

Malcolm Stuart Property Consultants are proud to be associated and retained by Martin House Children’s Hospice, Clifford; St Leonard’s Hospice, York and St Michael’s Hospice, Harrogate. The partnership is dedicated to giving up at least one day per year to undertake charitable work.